The Elephant In The Room 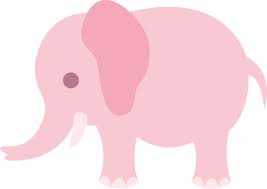 We all have cancer cells in our bodies one of my doctors told me during the diagnosis period, then went on to say, “We just can’t predict when they will explode and start replicating.” I was like a four year old asking, “Why?” all the time. I wanted to know why I had cancer. Why? Why? Why?

He went on to tell me that I had probably had cancer for seven or eight years, which puts me squarely in Shanghai when the cells began to replicate. When I asked him if China gave me cancer, he answered, “We can’t say definitely, but probably.” Every other doctor I’ve seen–two oncologists, one women’s cancer specialist and one radiation oncologist–had a variation of the same answer. One of the most difficult things I’ve had to deal with since being diagnosed is accepting that my cancer started in my beloved Shanghai, my beloved China.

I’ve never felt more at home, more like myself than I did in Shanghai. From the moment my feet hit the pavement I was off and running. I got China and China got me. Shanghai made sense, China made sense and I embraced them for all they were, rather than complain about what they weren’t like a lot of expats spend their time doing. Six weeks after I arrived I started taking Mandarin lessons and spent the next two years studying it. Everyone says Mandarin is so hard to learn, but it never felt hard to me. I wanted to be able to communicate so badly that I threw myself into it and delighted in every step I made. I could feel the synapses in my old brain pinging as I bore down and learned more and more Mandarin. The first time I strung a sentence together correctly without consciously thinking about it was a moment I will never forget. I’m not fluent by any means but I can get by in any situation. I didn’t study writing Chinese characters because it felt too difficult, but I can write pinyin (the Romanization of Chinese characters) like nobody’s business.

Libby’s mother, who is Chinese, has told me more than once that she thinks I must have been Chinese in a previous life and that I am more Chinese than she is. My dear friend, Xiao Bin, who I call my didi, my little brother, and who is more like a brother to me than my own brother, told me shortly after we were getting to know each other, “I think our ancestors knew each other.” When he said that I got goosebumps. Xiao Bin didn’t know at the time that one of my ancestors was a Presbyterian missionary to China in the mid 1800’s and was buried in Ningbo, a city close to Shanghai, or that another was the fifth American ambassador to China.

I’m not blaming China for my cancer. I hate when ignorant people go off on China and play the blame game. But the pollution is a real thing and it explains how I got cancer, what my cancer cells responded to. Mind you, there are lots of people who live in China who don’t have cancer and lots of expats I know who’ve lived there 10, 15, 20 years who don’t have cancer. Whatever cancer cells I have in my particular body just responded to whatever is in China and they were off and running too.

I’ve been told, and have read that stress contributes to, and is a factor in, getting cancer. As much as I loved living in Shanghai, loved living in China, I had stresses  my other expat friends didn’t have and I wonder if they contributed to me getting cancer. My visa situation was always tenuous and quite frankly, based on a lie. All the other expats I know who were families came to Shanghai on family visas. One of the spouses, usually the husband, came for work and the whole family was easily given a family visa, something they likely never thought about.

Not me. Libby and I weren’t even considered a legitimate family in the US in 2004 when we went Shanghai, so how could we be considered a legitimate family in China? Libby’s company got me six month business visas where they wrote a letter, inviting me to do business with them in China. Don’t worry they told me, everybody does this. People have lived for decades in China with these visas, just don’t say anything about your relationship, don’t tell anyone about your relationship. We wanted to go to Shanghai so much that we agreed to that.

Every time someone asked me why I was in China, I told a lie. A lie sanctioned and demanded by Libby’s multinational company. Every time there was an unexpected knock on the door I froze, I panicked and wondered if this was the time when the jingcha, the police, were coming to escort me to the airport and put me on a plane. Every time our home phone rang late at night I wondered the same thing. We’d been told to expect that our phones were tapped and to be careful of what we said when talking on the telephone, but after a while you forget, or just don’t care, and you stop censoring yourself. Maybe they knew. Every time I left Shanghai or came back and went through customs at Pudong airport I was jumpy, and if my passport was scrutinized longer than usual I was even jumpier. Every six months when it was time to renew my visa, I wondered if this was the time I’d get turned down and told to leave.

I got caught in the run up to the 2008 Olympics that were being held in Beijing. The government decided that laowai, foreigners, would cause trouble at the Olympics so they began rounding up all the foreigners who’d had visas like mine. We were suspect and easy to get rid of. When I was called into the Entry and Exit Bureau in Pudong, I’ve never been more scared in my life. I demanded that someone from the Human Resources department at Libby’s company go with me. We concocted our story, our lie about why I’d had 13 of these visas, why I’d been in China so long and rehearsed it so we both said exactly the same thing. Guan, the woman from HR, had grown up during the Cultural Revolution. She’d been sent down to a pig farm collective and had been through numerous interrogations so she knew how to handle these situations. When we started our rehearsals I asked her, “Can’t I just tell the truth? I’m here with my partner. Won’t they understand that? I know someone who came here to be with her boyfriend and she got called in. When she told them that, they understood and her boyfriend’s company got her visa straightened out.” Guan told me, “No, do not say anything. They will not understand and you’ll make more trouble for yourself.” When my name was called for my interview Guan and I got up and followed the woman who came to get me. She put us in separate rooms and we were each interrogated by different people. Good thing we had our stories straight…

I was told to leave but not for the reasons I thought. I eventually got another visa and got back in, but the taste of the visa problems never left my tongue. When Libby was recruited by another company for a position based in Hong Kong we decided to go, one reason being I wouldn’t have the visa issues I’d had for the last five years. Hindsight is 20/20 and it’s only on looking back that I realize the toll this all took on me. Maybe that stress pushed those cancer cells over the brink, the way it had nearly pushed me over the brink for five years.

All I wanted was to keep my family together, just like people from other countries who come to the US. When I read about those children who come unescorted to be with their parents and who are being sent back to their home countries, I want to help each and every one of them. It’s unconscionable that our government is deporting them. I get it. The families just want to be together. Just like your family. Just like mine.

As always, thanks for reading.